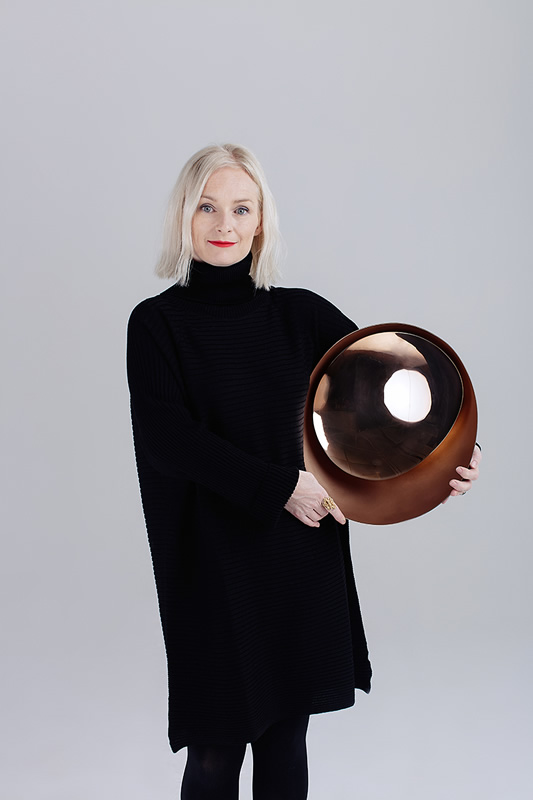 Niamh Barry was born in Dublin, Ireland, where she still works and lives. In 1991, upon her graduation from the National College Of Art and Design, Barry established her studio practice.

Barry creates unique light sculptures predominantly in bronze and LED. As one of only eight international artists selected to showcase innovative lighting designs in London’s Luxcraft in 2011, Barry is recognized as an early adopter and innovator in the use of LED technology. Barry attributes this technology as allowing her to ‘draw’ with light and bronze.

Since the beginning of her artistic career, Barry has risen to prominence in the art and design world, becoming one of the most sought-after figures working in LED light sculptures today. Barry has been profiled in many publications including, FINANCIAL TIMES How To Spend It, Architectural Digest, Galerie Magazine and Modern magazine and her work is included in many public and private collections throughout the world. Most recently Barry has completed a monumental light sculpture in the HQ of the Central Bank of Ireland and is working towards a solo exhibition of her work from the last decade, in the National Museum of Ireland, opening in November 2018.